JOGLE Day 14, south of Weaverham to All Stretton in the Shropshire Hills, 61 miles

Day 14, south of Weaverham to All Stretton in the Shropshire Hills, 61 miles

Today was a GREAT day. I left the Holly Bush Inn a tad before 8 a.m. after a terrific nights sleep. Really the hills felt easy enough. After 25 miles was in Whitchurch. Nothing was open, so just had tea out of my thermos and some cookies (biscuits). By 1 pm was in Shrewsbury, 45 miles. I was cooking with gas!Shrewsbury is a quaint town. I had lunch at an outdoor seating at a pub along Butchers Row.
I used the Google route lady to get out of town. Some meandering, but not that bad. Not like yesterday. Made it to the All Stretton Bunkhouse by 4 pm. I was able to take a shower and a walk before dinner. I reheated leftover French fries with melted cheese on top. 61 miles, mostly on the A49, some B road between Whitchurch and Shrewsbury. The bunkhouse is big on sustainability, so redeemed me a pound because I came on a bike.
#some asides: stinging nettles. They're in season and a coupe of times I've brushed against them riding on narrow bike paths. They continue to sting for 24 hours. #farmers in Lake Distrct: rich, wealthy. There was so much heavy farm equipment on the roads, it was like a parade. I'm sure Beatrix Potter didn't have all that. I could have visited her house, but decided to keep going. #red squirrels: at first I thought the signs were kidding. There was a road sign that said red squirrels. On the boat to Arran the lady I chatted with explained that the red squirrel is native to the UK and are threatened by: the GREY SQUIRREL. So cars are asked to drive considerately in areas where the red squirrels habitate. #lastly, I've been thinking about my Lancaster Warmshowers host's dog, a Golden Retriever named Penny. She was so sweet and loveable. When I was leaving in the a.m. Bob and Jan said she was sulking. Indeed she was. Just wouldn't lift her eyes. They said she gets so attached and then hates to see people go. 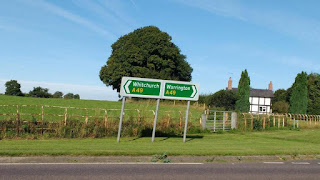 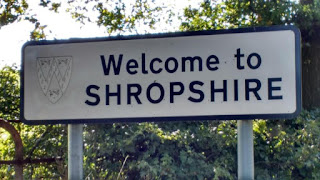 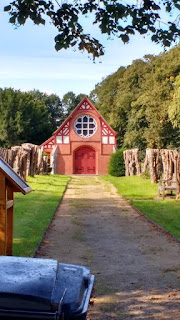