Suddenly I am struck by the thought:
I am old.
Not very old, but older.
Just as I am no longer beautiful,
though I was never beautiful.
Just as I'm no longer thin,
not that I was ever that thin.
So while at this very moment I am not old and fat,
it cannot be denied--
I am not who I used to be.

Rest in peace--Dawn Mortimer, an old friend, but not so very old. 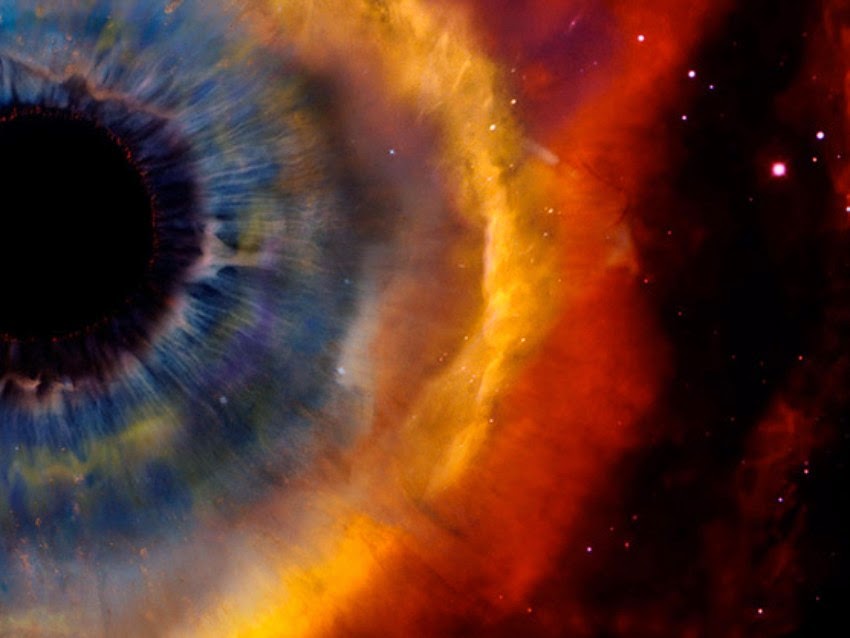 Posted by Jane Hertenstein at 8:04 AM 0 comments

I Know Why the Caged Bird Sings--ah, me!


This time of year always causes me to beat my wings against the bars of my winter cage. As a kid growing up in a suburb of Dayton, Ohio I was familiar with Paul Laurence Dunbar and his poem “Sympathy.”

I also struggled with another kind of desperation. I couldn’t grow up fast enough and get away. Even though I was a good enough student I hated high school. If I had to hear one more fellow student talking in a voice loud enough for all to hear about a weekend party or a “kegger” I’m sure I was going to puke. I was more of an observer. I’d sit back unimpressed, all the while plotting my escape. I would graduate and go as far away from Centerville and whatever the heck a bedroom community symbolized as fast as I could.

I know why the caged bird beats his wing
Till its blood is red on the cruel bars;
For he must fly back to his perch and cling
When he fain would be on the bough a-swing;
And a pain still throbs in the old, old scars
And they pulse again with a keener sting —
I know why he beats his wing!

Paul Laurence Dunbar was from Dayton. I would hear frequently references to Dunbar High School on the TV. Dunbar High was on the “wrong” side of town. There were news stories about gang violence, homicides, etc surround Dunbar.


Recently I went to a program/play at the Poetry Foundation, At Mother Dunbar’s Request. It was a wicked cold night to be out, but inside the small room with the blinds drawn it felt as cozy as Mother Dunbar’s front parlor. It was a small cast—written and directed by Paxton Williams, who also played Dunbar. It was meant to be an evening of poetry selections representing the range and seasons of Dunbar’s work, plus music of the time, all sewed together with stitches of Dunbar’s life.

Some of the poems were painful to listen to. The dialectal ones—of which even as a kid I was aware that Dunbar was not particularly proud of—where Paxton/Paul spoke of darkies, coons, by the back cabins eating chicken and dancing and lawd lawd lovin’ deh master made me cringe. I remember trying to read some of these dialectal ones in high school and without an ear for it, they were a tough read. Hearing them recited there was a musical quality to the poems and a fierceness to the words that bestowed a dignity on even the ones written in vernacular—particularly a GREAT rendition of “When Dey ‘Listed Colored Soldiers” by Lauryn Whitney (Mrs. Dunbar, Paul’s mother). Listening to “Jump Back Honey” was a real treat. Yeah, it had a minstrel flair, but in the mouth of an African-American performer it didn’t feel stolen or co-opted—more like a Harlem display of public affection. Just like how rap can characterize the urban experience. Do I love rap, not always; do I love minstrel, not really, but I can appreciate what’s trying to be said. And, of course, this is how Dunbar made money. His dialectal poems were very popular when he was alive. After his death they sort’ve sunk his reputation. By the time I was reading him he was not taught in my high school.

Of course it was the more lyrical poems that drew me in. “We wear the Mask” and “Sympathy” and “After Awhile.”

It was a great evening and when I left, even though it had begun to snow, my spirit was lifted.

The Book of My Lives (memoir-ish)


Dear Readers (thanks both of you) as you know I am a fan of Aleksandar Hemon the famous author from the former Yugoslavia, from Sarajevo, Bosnia who now lives in Chicago, used to live in Uptown—all this to say he is a Nowhere Man.

Reading his “memoir” The Book of My Lives I can see how easy it is to subvert memories. He comes from a country with a long history—where memory is just as long. I love how Hemon has always interjected into his fiction autobiography, while at the same time his non-fiction reads like a story. The past is a tricky thing—depending upon where one stands in a room, the angle changes. Genre with Hemon is just as fluid. I got the sense when reading The Book of My Lives that so much of his life he has had to re-think.

War has a tendency to do that. And, not just any war, but a soul-tearing, ethnic cleansing war. Not just a civil war but a holocaust and tsunami put together.

How does one rebuild memories or reconcile their perceptions to this new reality? Stories of Hemon’s childhood, growing up in the “hood in Sarajevo—one gets that . . . nothing will ever be the same. It was Thomas Wolfe who said you can never go back home, but Sasha Hemon really can’t—because all the markers, the building he lived in as a boy, the park where he played, the shops, the stadium were blitzed, bombed, turned into rubble. Even his childhood friends, teachers, neighbors—they no longer exist. All that changed when they were asked to take sides, show their loyalty, deny prior associations. Everything—truth, what others call truth, our enemies truth subverts memory.

Thus it is free to roam, to cross borders.

In The Book of My Lives we learn how it once felt to be a boy growing up in Sarajevo, and also the foreignness of that particular dream. The little blue alien man on the cover represents what it is like to go from one place to another and never belong. 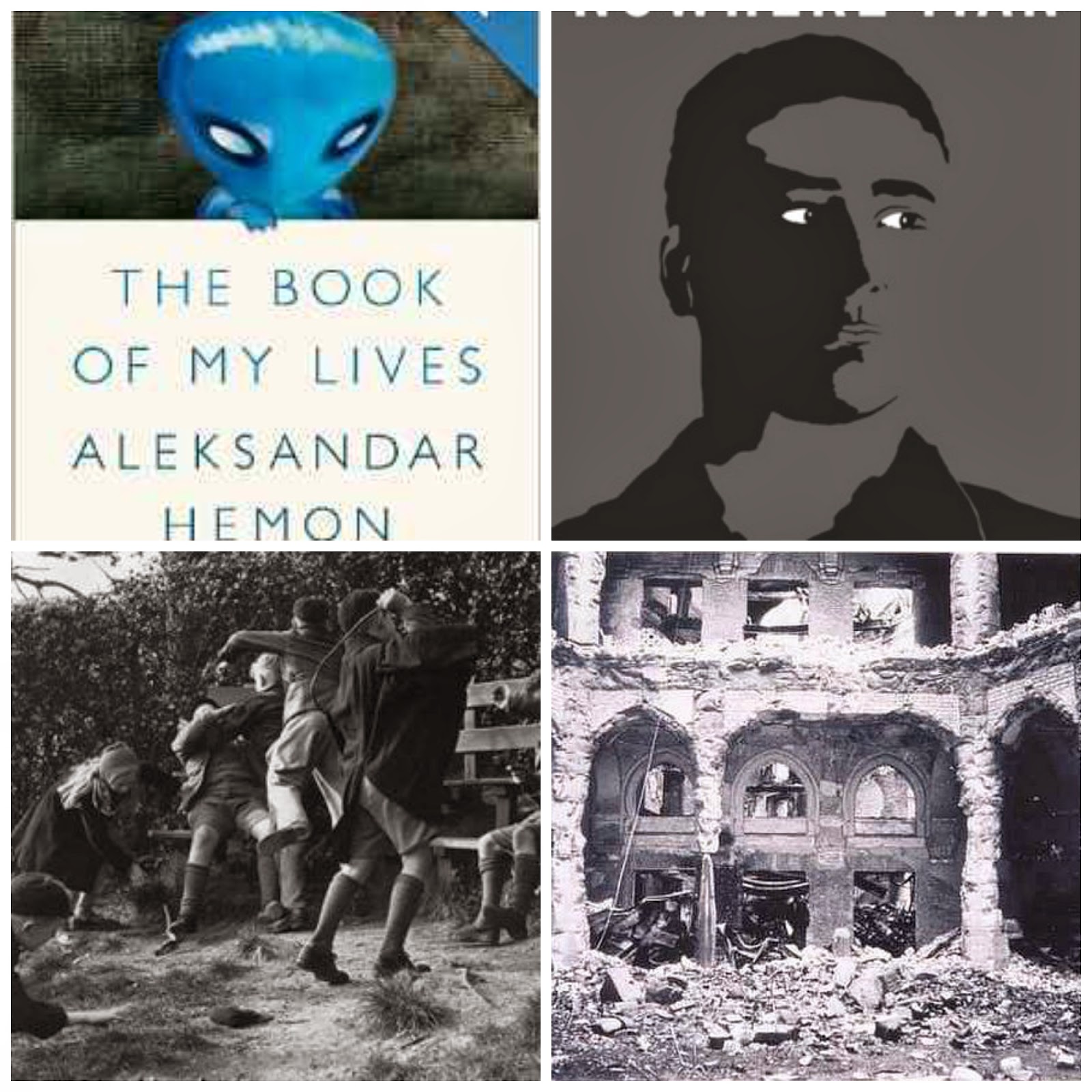 Email ThisBlogThis!Share to TwitterShare to FacebookShare to Pinterest
Labels: Aleksandar Hemon, The Book of My Lives

Happy Monday--because tomorrow it may Snow

Do people even use this word anymore?

I heard it a lot growing up—along with this song (Little Boxes)
I think it was a sardonic message about how society was changing, conforming. Disassociation. Disconnection.
Here is where I sleep. Here is where I work. Compartmentalization of people’s lives.

Just a mediation on the evolution of a word that at one time was loaded with levels of meaning and today is more or less a side note—as people now commute up to 60 miles, sometimes round trip 120 miles, back and forth to work. The idea of a bedroom community is disappearing as even jobs and communities outside of cities and even peak oil are going away.

Okay—back to our usually scheduled Monday.

I was intrigued yesterday when I heard this story on NPR about a couple who in the 1960s decided they would run around and record new and emerging authors reading their own work. Recordings weren't new, but access to recording equipment was getting more and more affordable and portable. ...The Schwartzes' idea was to record such authors, put them on vinyl LPs, eight minutes per side, sell the records for $1.95 apiece, and pay each writer $150 — pretty good money in the early '60s....

First they started with James Baldwin reading from Giovanni's Room who then connected them with Bill Styron who led them to Philip Roth. Today we can listen in on the young Roth--before he was famous. These voices from the past still speak to us today.

That's why I was so enthusiastic about The Flexible Persona--an online journal publishing in both the written and audio format. I think this is something more and more literary journals will begin doing--just as stories are shrinking and we're seeing more and more flash--listening will become a standard option of getting content. We've also seen the growth in popularity of The Moth and other storytelling series.

Check out my non-fiction flash story entitled Herbie about my early days in Chicago--it's a little scary. 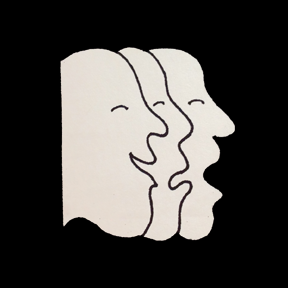 Posted by Jane Hertenstein at 9:59 AM 0 comments

Nostalgia always seems to have an overlay, a gloss, of sentimentality. nostalgia confers a longing, a wistfulness for time past.

There are two tensions that come with nostalgia--perhaps, more--and often we occupy both of these tensions at once
--too bad we didn't know then what we know now

Like the difference between stained glass and white washed walls, both hold a certain aesthetic.

For now, what was (nostalgia) and what could be (hope) feels absolutely unknowable.

AND FOR AN UPLIFTING LOVE STORY=click below
https://soundcloud.com/wbez/storycorps-after-grief-an
Posted by Jane Hertenstein at 11:43 AM 0 comments