"How would you like to go to paradise?" Louise's minister father entreats one day. "Paradise" is the tropical island of Panay in the Philippines, where the family can move to a missionary compound. It's 1941, and Louise Keller looks forward to moving any place away from her humdrum Ohio town where life with her clergy family is tightly restricted. Adventure beckons and possibilities abound in the Pacific in the beginning months, and then World War II and the Japanese invasion of the Philippines shatter the family's dreams. What follows is a harrowing account of the Japanese internment camps and Louise's gutsy endurance of an experience that certainly seems hopeless at times. The likable, well-drawn, and creative teen pens verses (which pepper the text but don't distract) and keeps an inner hope alive that good will prevail, even when she and her mother are separated from the Reverend Mr. Keller, and Mrs. Keller sinks into a bleak despair. Subplots and an accompanying cast of well-developed characters round out the book. The eventual Allied liberation is fraught with danger, but all ends well without a note of artifice or convenience in the plot. Hertenstein has researched the American civilian experience in the Philippines during the war and based this fine historical novel on actual accounts. Anne O'Malley

What a lot of people don’t realize is that at the same time as Pearl Harbor the Philippines were also bombed and the entire American fleet of planes at Clark Airfield were taken out. The title was meant to be ironic. Instead of paradise budding poet Louise Keller and her family are thrown into captivity. After hiding out from the Japanese in the highlands of Panay, her small group is trucked to a prison camp. Next they are transported by boat to the main camp for Allied internees in Manila called STIC (Santo Tomas Internment Center).

Classes were one way of interrupting the routine at STIC. The high school students were at all different levels of learning. Some had been at boarding schools in Manila and China, some had been taught the American way and some the British way. Textbooks and materials were scarce. Piece of chalk and pencil stubs were worn down to nothing. Internee teenagers were in an awkward situation. We weren’t actually schoolchildren and we weren’t exactly adults. Instead of going to school many teens opted to work double shifts at the compound in exchange for cigarettes, clothes, and more food.

One of my favorite classes was taught by an Anglican priest, Neil Hamilton. He lectured about the metaphysical poets, such as John Donne and George Herbert. One of his first lectures was dedicated to a poem by Herbert titled “The Pulley.” I lost patience with this poem. Somehow the pulley was a symbol for something else. There was an abstract idea behind the pulley that I just couldn’t get at. I almost quit the class out of frustration.

I complained to Father Hamilton, “There’s so much that’s beyond my grasp—why do these poets have to make everything so hard to understand? Why can’t they write to me and the things I’m experiencing?” I asked.

Father Hamilton smiled. “Maybe Herbert is speaking to you, but you can’t hear him right now. Think about it.” He tried to explain: “A pulley is a very important piece of equipment for a farmer. It’s used in drawing up water from the well, bringing hay up into the loft—a very common device. Herbert wanted to remind all of us that there is something very common in our lives, something we overlook, but perhaps that thing is, in fact, pulling us closer to the one we really love.” I felt my stomach muscles tighten, quiver inside of me.

“The pulley,” Father Hamilton went on, “provides the tension that will eventually bring us to our goal. What is the pulley in your life?”

I wasn’t sure. I did know, though, that the tension would either tear me apart or show me a way out.

The pressure of waiting for the war to end or the persistent hope of rescue stretched Louise, sometimes to the limit. She had to endure her mother’s mental illness, the arrest and torture of a friend, and, of course, tiresome grownups and the ever-present Japanese guards. Ultimately, Louise and her mother are reunited with her father and his young protégé Freddy Urs at still another camp called Los Baños where they are eventually rescued by the 101st Airborne. 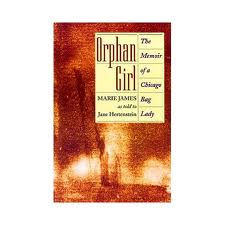 Orphan Girl: The Memoir of a Chicago Bag Lady

I had known Marie for about ten years before I did her story. She was a bag lady—not homeless as she had an apartment she shared with a number of cats. Marie could be seen daily pushing her cart around the neighborhood picking up stuff put out for trash and giving items away to people who needed them. Whenever she saw me she’d say, “Jane, someday I have to tell you my story.” And I’d say, “Sure Marie, someday.”

Well, during one of those exchanges we actually set up an appointment. It turned out to be like the hottest day on record. The windows were open and the air was heavy with the stench of rotting garbage wafting in from the alley dumpster. I wanted to cancel, but there was no way to call Marie. Marie arrived right on time pushing her cart filled with sour milk jugs and old newspapers. Cockroaches crawled in and out of old food stuff on her cart. It was all I could do not to abandon the project then and there. May as well get this over with, I thought.

Marie sat down and I turned on the tape recorder. And it was magic. The heat and smells went away. I began a journey in the cool Sand Hills of Nebraska. Marie’s story transported me into another life and another time. It was a story that changed me.

I was born in the Sand Hills of Nebraska, near a small town called Spalding. I grew up during the depression. Many, many days went by when there was no food, just milk from the cows. In that part of the country a lot of people died of starvation.

I know as sure as I’m sitting on this chair that God had His hand on me before I was even born. There were eleven children in our family. I was my mother’s ninth child. One day my mother woke up, smelled the coffee boiling and got sick to her stomach. She ran out onto the back porch and vomited green.

This is how my sister Faith told the story. My father was gone, but that was nothing; he was gone most of the time. My older sister, Chloe, who was about nineteen then, was making cornmeal mush in a big pan, stirring it with a wooden spoon. Mother said, “Chloe, I’m pregnant. I’m not going to have this baby. You know what I’m going to do? The woman down the road had a miscarriage; she fell down. I’m going to go upstairs and jump out of the window.” My sister dropped the spoon into the pan, “Mother, you’re going to kill yourself/”

She went upstairs, sat on the windowsill, and let herself fall to the ground. She got the wind knocked out of her. She came in the house laughing, “I guess when I’m pregnant I’m pregnant clear up to my neck. I’m as pregnant now as when I jumped out of the window. I don’t know how we’re going to feed this baby, but we’re going to have to find a way.”

I was born on a Saturday, May 6, 1926. Once my sister said to me, “Marie, you are going to shed a lot of tears in your life.” I asked, “Why do you say that?” “Because it was misting outside when you were born. All the time Mom was giving birth it was misting.” I laughed at her, “Oh, come one. I don’t believe that crazy stuff.”

But it did happen. All my life I’ve been shedding tears.

Praise for Orphan Girl from the Chicago Tribune

“A homeless woman’s story reminds us of the need to consider the suffering of others. Hertenstein’s narrative . . . is a gift to us.” 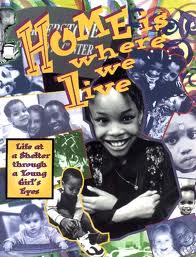 Home is Where We Live: Life at a Shelter Through a Young Girl’s Eyes

A children’s picture book about what it is like to be a child living at a homeless shelter in Chicago. I was motivated to write this book to show that homeless children are a lot like other children. They have hopes and fears, and the desire to be safe and cared for. The young girl the story was based upon grew up to be an honor student in high school. Reviewed by Kirkus Reviews, Booklist, and School Library Journal. 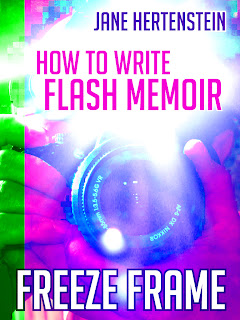 Freeze Frame: How to Write Flash Memoir
Many of us are looking to write memories—either in the form of literary memoir or simply to record family history. This how-to book looks at memoir in small, bite-size pieces, helping the writer to isolate or freeze-frame a moment and then distill it onto paper. 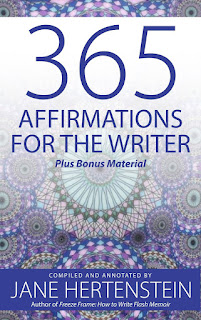 Writing is a journey. Every time we sit down to begin a piece or write the first chapter or the first line we are venturing into uncharted territory. 365 Affirmations for the Writer is about listening to those who have gone before us and letting them guide us with their insight, their own trials. By reading what others have said, we can survey the path before us, count the cost, and plunge ahead.