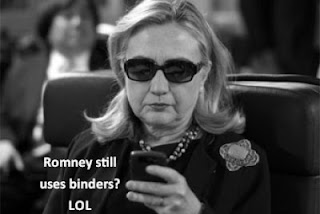 Posted by Jane Hertenstein at 7:37 AM 0 comments

You have no idea what to do.

He was the only person you could ever talk to.

He was the only person who didn’t treat you like a kid.

Your other brother flicks you on top of the head with his hard fingernail and makes jokes about niggers and watermelons—which you don’t get, not because you’re naïve about racism, but because you don’t find his jokes very funny.

He was the only person who ever listened to you.

To get Dad’s attention you’d have to turn off the TV.

He was the only person who ever understood you.

Mom gets a confused look on her face when you mention you’d like to be a writer.

Remember that time you walked together in the woods and you told him you were thinking about getting an M.I.A. bracelet and he said it was just a ploy to legitimize the Vietnam War. You never sent away for one.

Don’t go, you begged. Who will I talk to?

Remember that time he took you to Denny’s for a Coke and you sat in a booth and he told you all about applying to Indiana University, to their school of journalism. How wonderful, you thought, a place that rewards words.

Don’t go, you begged. To everyone else I’m invisible.

Remember that time you wrote down a story and read it aloud to him. When done, he asked if he could keep it.

Don’t go, you begged, binding the manuscript with ribbons and peppering it with ink hearts. You’re the only one who gets me!

Remember the time you tried to explain to Mom why she shouldn’t clean your room, or if she needed to not to touch stuff on your desk—and you came home to find she’d thrown out what looked to her like a nest of papers but which was actually the start to your latest novel.

Don’t go, you begged, don’t abandon me to an illogical mother.

But by then he was gone, off to college. He came home for holiday breaks and the tension in the house rose until he began to make excuses: work, travel, any reason to stay away.

With a degree in Revolution and Labor Studies he lived in a commune in West Virginia, before moving to New York to work at a major news journal, after which he moved to San Francisco to advocate for AIDS patients.

When you reunited at the occasion of your father’s death you were afraid: it has been so long, what will we talk about, we’re no longer on the cusp, we are no one’s children. Yet you stayed up until two in the morning talking. You convinced him to take a diary of Dad’s you’d come across while clearing out the garage. In it Dad chronicled his son’s birth, with spare words that sought to belay the significance.

And driving him to the Cleveland Airport, you wondered: Will it be another thirty years? You pulled up and popped the trunk. Who will we be when we meet again? You hugged him and watched him walk away.


This coming weekend in Chicago is an architectural event entitled Open House where the public is invited to travel to view architectural treasures scatter throughout different neighborhoods. The building I live in is part of Uptown and one of the options to visit. http://www.openhousechicago.org/site/184/

Some background here. We got the former Chelsea Hotel out of receivership with the promise we’d continue to house senior citizens. So we got a ten-story building that needed a lot of help and a new program, Friendly Towers. For the past almost 20 years we have worked endlessly to refurbish and renovate the building. Our latest effort was the lobby/foyer. 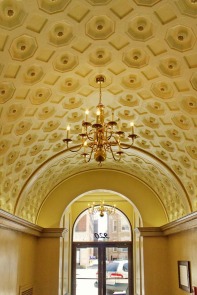 When one walks in they are greeted with over thirty panes of original stain glass back lit from above. The ceiling decorations have all been replastered (if needed) and repainted. I can truthfully say lovingly restored. If in the area, please come Oct. 13 & 14th—and, as always, the coffee shop is OPEN.

Last night I walked down the street about 5 blocks north to a synagogue that is also on the Open House list and which had put out a call for volunteers to help spiff it up. I don’t know what I was expecting. Okay, I thought I was being smart. I arrived with my cleaning bucket, lavender-scented Lysol, and 4 cleaning rags. OMG, really, “baruch hashem.”

I should have brought a shovel.

There was an inch of pigeon poop on the middle row of seats stretching all the way up to the bimah where the rabbi leads the congregation in prayer. I worked with 2 energetic and delusional guys who thought we could actually get the place clean. The floor was sticky with pigeon feces and feathers stuck to my tennis shoes as I walked between the pews with a broom “sweeping” off the seats. My first thoughts were: I should have brought gloves. A second thought arose as I continued stirring up guano dust and feathers: I should have brought a mask. The aforementioned bucket and rags seemed provincial in the face of complete decay and neglect.

After a sneezing fit, I ran downstairs to look for tissue. I ran straight for the men’s bathroom. Bad news. Not only was there no tissue in the stalls, but each of the facilities was clogged with either human waste or decades old rusty water. The bathroom made paint chips look appealing. I ran right back out, snot dripping off the end of my nose.

Where I ran into a man seated in a wheelchair. The rabbi. Is there any tissue? I asked and he said, yeah, by the women’s bathroom. Great, I’m thinking, more horror. To the right of my office. An office? Who would have an office in this run-down shambles of a synagogue. But yes, he had an office and I found the women’s restroom to the right—and it had some artificial flowers and toilet paper.

After cleaning up, I emerged to have a chat with the rabbi, who I think liked my moxie. You use your hands, he said, in way of encouragement, not like those people who stand around and chitchat. I looked down at my hands, blackened from the broom handle—I guess—the poop was white with some tar black puddles!!

He gave me a brief overview of the synagogue’s history.  http://www.openhousechicago.org/site/171/

The space above me had such a long way to go before it could be ready for an open house. Yet I lingered with Rabbi Lefkowtiz. Here he was an old man, having to be carried up the steps to the synagogue, to no congregation, to study the Torah in his office with only the pigeons, their incessant cooing and pooping, to keep him company. What makes a person persevere?? 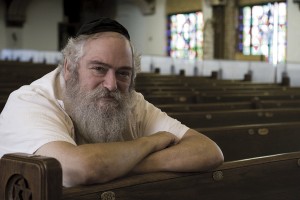 I reluctantly ascended the stairs back up to the cathedral-like sanctuary with the bimah at the one end along with the Ark containing the Torah at the front. The Holy Ark was covered with Venetian glass mosaic tiles displaying Jewish motifs such as the symbols of the twelve tribes of Israel, stylized representations of the Ten Commandments, crowns representing the crown of the Torah, biblical passages in Hebrew and more. On a plaque of benefactors were rows of names: Jews from Russia, Hungary, Uptown—all gone. Dead or moved up north to Skokie or Devon Avenue.

It was beautiful. It was all here. The sacred and awful beauty. The work and faith of many hands, of believing people. People who had seen the worst—much worse than pigeon poop. They had tackled adversity and come through. This old building, Agudas Achim, she’ll once again shine.

By the end of the evening—unbelievably and with the help of a few pedestrians passing by who saw the door ajar, who joined in cleaning—the sanctuary no longer smelled like old feathers but Murphy’s oil and the pews were cleared of all offensive debris. 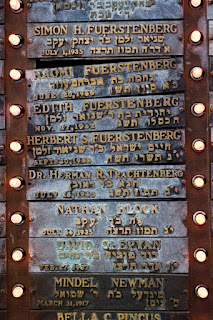 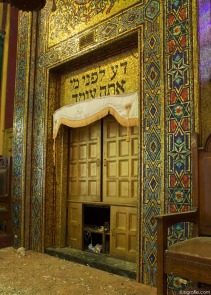 Posted by Jane Hertenstein at 10:57 AM 0 comments

Memory is a tangled web


I was sharing just this morning with one of our residents at Friendly Towers about memoir. She read my contribution to a themed anthology on memoir ROLL, my essay “Sense of Smell.” This was a flash memoir that arose organically out of lilacs growing at a corner by the hospital on the way to the park—and then spiraled into 2 or 3 other memories. The resident commented that the piece she read seemed to have spiritual implications.

Not to get too abstract, I said that most memories stem perhaps from a physical jog (in the case of my essay I was literally jogging) ie a tangible reminder sparks the memory. But that most memories are seated in the heart. Consider the word “reminisce.” Yes, it means looking back, but it also implies nostalgia or longing. More than simple recall, certain aspects of remembering involve the emotional child, the hurt little girl, the angst-ridden teenager.

I can remember exactly where I was when I was packed and ready to go to camp and my mother told me she’d changed her mind about letting me go. There was so much terror in my life—I never knew what my mother was going to say or do. Many of her actions stemmed from illogic. I still can’t say what motivated her—except perhaps power. In the instance above I immediately freaked out—but then thought—wait! I called a friend and they came and got me and we made it to the bus on time. Mom had already signed the permission slip and I knew she didn’t really want me around for the weekend.

Sometimes when confronted with powerlessness I remember this incident. It visits me randomly, the hot flash that overwhelms me, the sense that there is nothing I can do, in the face of stubborn indifference, I remember: Mom in the laundry room hallway—and realize she was just as afraid of losing what was important to her as I was afraid of being left behind. Perhaps we were both afraid of the same thing.

Memory is a tangled web we weave, full of fire and fury—rarely cathartic, only punching more holes in our psyche.

Posted by Jane Hertenstein at 10:43 AM 0 comments