I loved my stay at Husky Haven—although once again you can hear the trains all night long. The place is owned and managed by really nice people who in the winter run their business on the path with a dog sled. 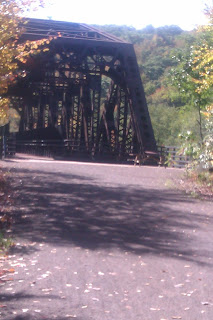 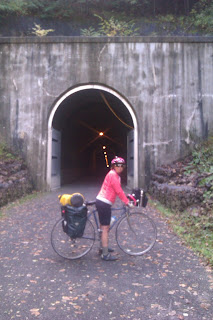 Once on the path it seemed the same 6 or 7 deer kept crossing and re-crossing the trail in front of me. I also see the occasional red bird, blue jay, and blue herons along the river.

It had been uphill since Pittsburgh, but hardly noticeable. Day 3 the grade was more pronounced--or else I was more tired. I had an egg breakfast in Meyersdale at the GI Dayroom down the street from the visitor info where the nice people gave me some tips for Cumberland. The depot in Meyersdale is now a museum.

I probably reached the Eastern Continental Divide by noon. At the summit there were good views and also where I crossed over into Maryland. I also crossed the Mason-Dixon line which is where two rich landowners had a dispute that was put to rest by the US Geological Survey. Nevertheless, both families lost their land during the Civil War. 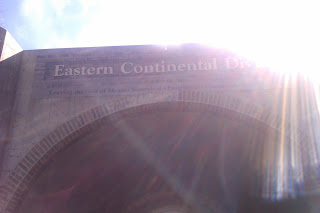 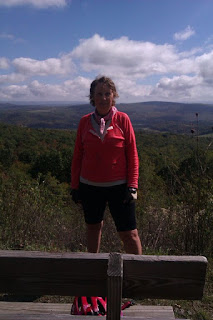 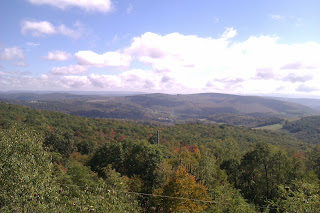 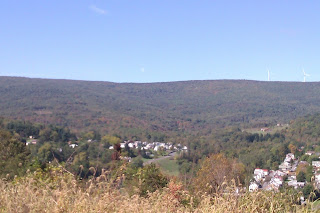 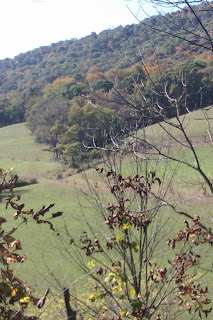 In Cumberland I toured the museum which told the story of the C & O canal towpath and then I was ready for a treat. It was time for Brian and Ashley to take a break so we all walked over to Café Mark and bought a pumpkin strudel muffin. Excellent and also so good to sit and relax and chat. The life of a solo cyclist can be lonely.

By 3:30 I was on the C & O. And, boy, was it a quagmire. Thick, sticky mud for at least the first 8 miles. It didn't really improve until mm 171. I am most definitely on a towpath between the murky green canal and the sluggish brown Potomac. I have to pay attention; if I lose focus there is a real possibility of ending up in water. 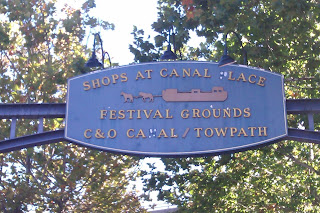 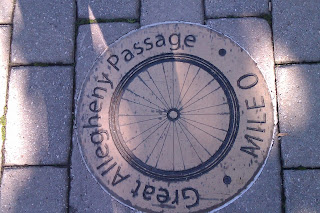 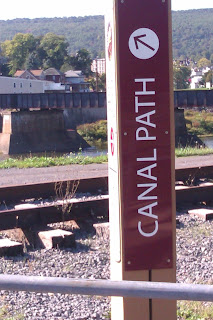 At mm 175 I took a spill and pretty much did a full body roll in the mud. I kept going until I reached my campsite at 6:00 p.m. where I discovered my thermos was missing. I did crazy. I threw my packs on the picnic table and cycled from mm 168 back to 175 found the thermos lying in the mud and cycled back over rough terrain to reach my campsite by 7 pm.

I set up in near darkness and didn't finish eating until 8;30. In the dark. To say the least the last part had been stressful.