What To Do About the Homeless 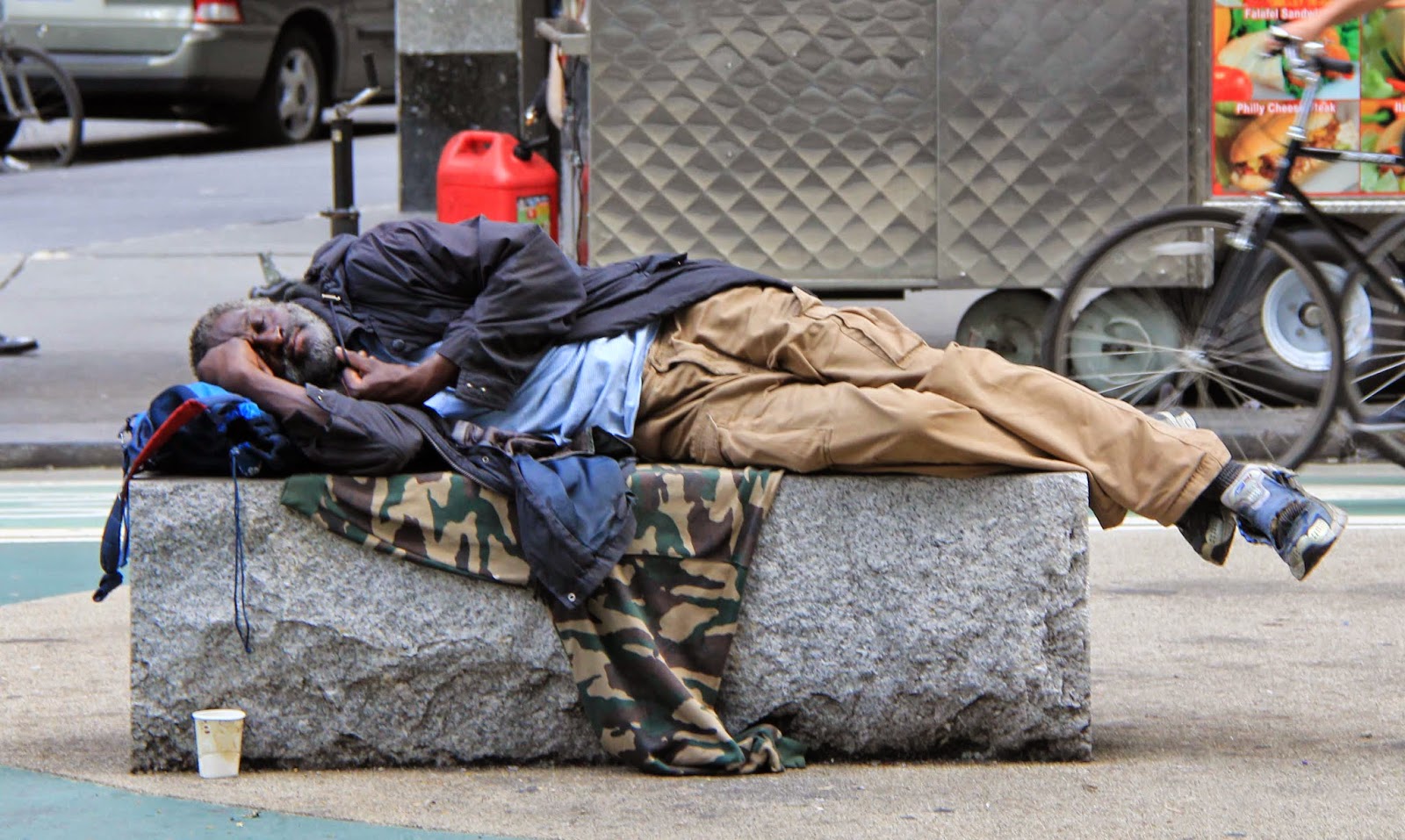 I subscribe to a number of blogs, one of which is Setting Prisoners Free by Jeremy Nicholls where he writes and photojournals about the homeless in Chicago. Check it out! I will frequently re-post or share snippets from his blog.

Jeremy is a case manager with Cornerstone Community Outreach (CCO) here in Uptown, Chicago. CCO recently has had a number of successful housing victories. The social work field is very statistic oriented. Numbers play a large part in who gets money—and outcomes—that's the lingo for what we sometimes refer to as miracles. Men and women who have been chronically without an address, living on the streets, homeless. Jeremy has tried to breakdown what’s behind this phenomena of housing some of the hardest of the hard-to-place. Though there are a number of factors he has cited one thing in particular: iPads.

This from his post “Making Housing Happen”:
I believe 2 tools have helped create many stories of successful movement. Firstly, carrying around and using a portable device allows me to access and submit information in a timely manner. Instead of insisting people set appointments and come into my office, an iPad (or smartphone) creates opportunities on the streets, in a church or under a viaduct that would otherwise be missed. Secondly, there's a quick and accessible citywide database called the "Centralized Referral System". By simply placing chronically homeless people on the CRS, many agencies see the need and provide them with support and permanent housing! As you see; the combination of these 2 tools help to create countless opportunities. Many doors have opened for some of society's most vulnerable citizens, simply by using an iPad and enrolling people on the CRS.

Jeremy will stop and see someone he knows by the MacDonald’s or as he mentions under the viaduct. He could see someone sleeping on the loading dock or between Dumpsters in the alley. Take time, chat with them, and then log their name into the CRS—simply by carrying an iPad.

It is my hope that someone reading either his post or mine will pick up on this story. I believe anyone on the front lines of dealing with the homeless here in Chicago should be provided with a FREE iPad just for this purpose—so that wherever the opportunity arises or a situation occurs, they can react in real-time.

There has recently been a big push here in Chicago for “Housing First” which means that as quickly as possible city and social networks try to come together to get a client housed. The longer a person or family remains on the streets or in a shelter—then this life disruption causes irreparable damage and ends up costing society more not only in monetary terms but also from a human stand point. Here is what Jeremy writes:
After working on the front lines for well over a decade and seeing many successes, (but also observing failures), I've come to embrace and cling onto 2 catchphrases; "Housing First" and "Harm Reduction"! I wholeheartedly agree with what these 2 terms stand for. These catchphrases respect each individual's dignity, personality, struggles and dreams, while working hard to provide them with a permanent home. The "Housing First" model reverses the usual trend of making sure someone's "right" before they get an apartment, by taking vulnerable people off the street and putting them into their own homes. The "Harm Reduction" model does not call for instant perfection or complete abstinence, but helps individuals reduce the harm they are doing to themselves, others and society. When these 2 models work hand-in-hand, everyone benefits! The following points reveal how we have put legs on the "harm reduction" and "housing first" models in Uptown, and we're happy to say, we have seen some wonderful success stories!

Please go on-line and check out Jeremy’s blog and also the work at CCO—an organization that is making a difference. Also if you are registered to run the 2014 Chicago Marathon and would like to run for charity, please consider TEAM CCO.

Posted by Jane Hertenstein at 11:35 AM