JOGLE Day 11, Dumfries to Mosedale in the Lake District, 62 miles

Day 11, Dumfries to Mosedale in the Lake District, 62 miles

On the ferry going to Arran I chatted with a nice lady, who used the word jolly, as in the Lake District she said was jolly wonderful. She said if I got the chance I should spend 2 days. That might jolly well happen.Left Dumfries around 9 a.m. James rode with me to the edge of town and pointed me in the right direction. I made it to Gretna where I purchased a BIG sausage roll. £1.90. Anyway, it will last me all day. Good thing, I needed the calories. So it was almost noon when I crossed the border. 25 miles.
A bit here about the Nat. cycle paths. They can take you far afield and down lanes with strength-sapping inclines. I actually followed a M frontage road the entire 11 miles into Carlisle. I didn't need bucolic, just get somewhere. James told me to take the Dalston Road. Which I did until I saw cycle path 7, and thought why not? That booger took me to ??# for over an hour lost on back roads and that's with a map and a phone. I stopped to ask a lady for help and then realized she was blind.
I pushed my bike up some serious hills, 17% in Sebergham, and then a super high one that eventually brought me into the Nat. Park and onto a plateau. I cycled down into Caldbeck and into rolling landscape. Then I was in the mountains but on a flat road. I think this area is called the fells. It is so very wild and lonely. By now 5:30, 62 miles and there is no way I can make my intended stop.
So why not, I asked myself. I rounded a curve of little stone houses where there was a car park and an area perfect for pitching a tent. Mosedale. Next to the Quakers Church, est. 1720.
Listening to restless birds, a dog barking in the distance, and watching the sun dip behind Knott, a boulderish mountain. 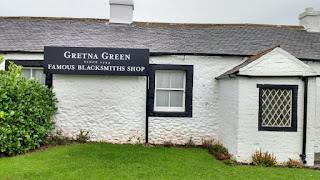 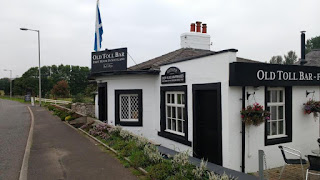 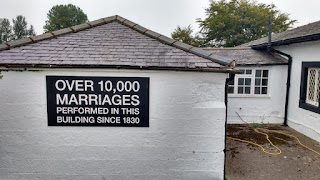 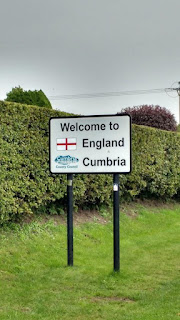