My last post was about a random bag of clothes close to 40 years old. Stuff no one wanted—except when they were returned to the former owner Patti Smith, she burst into tears. At the very thought, the memories the clothes brought back.

Consider other infamous lost items. There is a history of art stolen through the ages, later recovered. The current controversy concerns art taken and stored in Nazi warehouses eventually winding its way back to the original owners. Or whoever. Museums are full of objects “taken.”

I did some research and came up with stories of lost and found. Peter Frampton had an incident similar to Patti’s while on tour. His plane crashed—and his equipment in the cargo bay, or so he thought.
http://www.npr.org/2012/01/07/144799712/framptons-dream-guitar-recovered-decades-later

Another mystery of a missing musical instrument solved:
http://www.npr.org/2012/01/07/144799712/framptons-dream-guitar-recovered-decades-later

There’s a group that does nothing but scour old battlefields for lost bones in the hopes of, through DNA testing, returning the remains of missing soldiers to their loved ones.

Even a few days ago I thought I’d lost a file I’d been working on. I must have mislabeled it and it ended up in a folder called temp on my desktop. I’m not even sure how I recovered it, but I lost no time in renaming it and putting it somewhere better for the next time I needed it.

Poor Hemingway, he didn’t have the cloud. Or any other backup services. Really poor poor Hadley. You see she lost a valise containing every last piece of written work by her beloved husband. 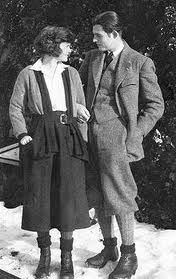 It was 1922 and Hemingway was on the verge of a breakthrough. He’d been slaving away at his writing for months and months. He felt he was about to get a bite. Meanwhile he took a job filing a report for the Toronto Star as a foreign correspondent which took him away from Paris. And Hadley. After about a month he wrote to her to join him in Geneva. All on her own she decided to empty Earnest’s writing cabinet, even the carbon copies, and bring them with her on the train. It was her thought that Earnest could work on them during their holiday break. She stuffed them into a valise and left for the busy railstation. 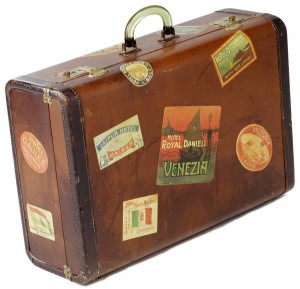 We know this story does not end well. I cannot imagine what I would have done if I were Hadley—or Earnest Hemingway.

From: A Moveable Feast:
“I had never seen anyone hurt by a thing other than death or unbearable suffering except Hadley when she told me about the things being gone. She had cried and cried and could not tell me. I told her that no matter what the dreadful thing was that had happened nothing could be that bad, and whatever it was, it was all right and not to worry.  We could work it out. Then, finally, she told me. I was sure she could not have brought the carbons too and I hired someone to cover for me on my newspaper job. I was making good money then at journalism, and took the train for Paris. It was true alright and I remember what I did in the night after I let myself into the flat and found it was true.”

Gone. All of it. All his Michigan Indian Camp stories. Every last shred.

BUT, and here is where I am giving you, both my readers, a prompt. What if that valise hadn’t been stolen? What if somehow today someone showed up on “Antiques Roadshow” with the aforesaid valise? Re-write history.
http://www.thehemingwayproject.com/hadley-talks-about-the-lost-manuscripts/
Posted by Jane Hertenstein at 4:00 AM