I was so close to my end point. I was super excited to get on the road. I tried to lighten my load by eating a hearty (for me) breakfast. I made a fire and burned paper, the maps I’d downloaded.

The Potomac was definitely getting wider and wilder. I had lunch at a lockhouse and Larry caught up. Afterwards I did a power hour where I cycled as hard as I could for 1 hour. I got to Great Falls Tavern visitor park about 1:30. My info said there is a snack bar there, but it is very basic. Not really anything worth buying. At this point I was only 15 miles from DC. 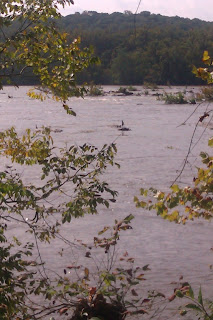 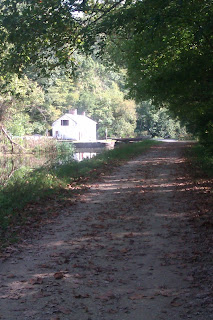 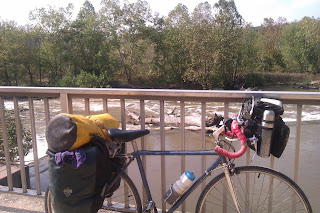 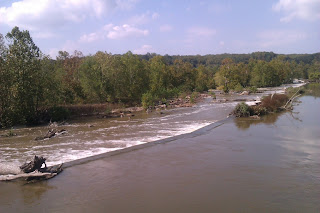 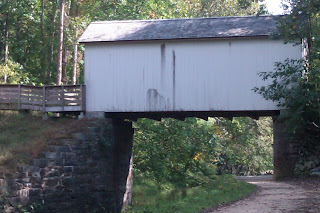 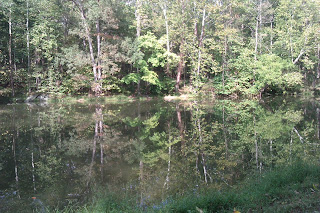 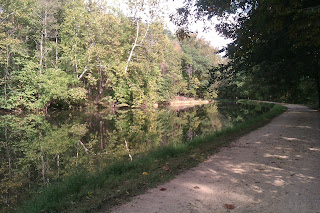 After leaving the park the river splits and there is a slip of an inlet between the canal and river. This is VERY scenic. It has for the feel for quite a few miles of a Japanese garden, very serene. Also there are very many more people on the path. 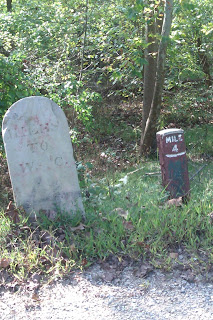 Any second I expected to turn a corner and see the Washington Monument sticking up above the horizon. No, still in the forest. At a certain point the Capitol Crescent trail, paved, begins to run parallel to the C & O. I hop on it. Where is the city?

It seems to take forever, but all of a sudden I empty out into Georgetown and a swank coffee bar that runs under a highway overpass. It’s over and about 3:30 pm. I decide to take a victory lap—and go find the Lincoln Memorial. Something that says, I’m here. 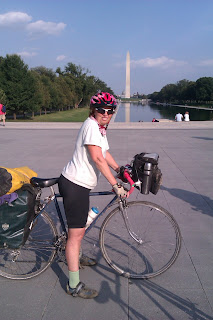 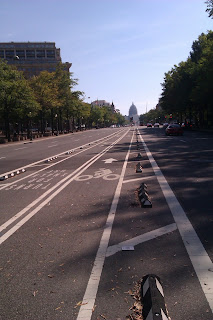 At about 5:30 I begin the trek up to my warmshowers host. I take Rock Creek Trail up past the Washington Zoo. The trail is VERY narrow and at places, very steep. I definitely would not recommend taking it in the dark. It was still light when I arrived feeling very satisfied with my bicycling adventure.

Friday=sightseeing via the bike
Sat: =million man march revisited and sightseeing until time to board the train. Where just 2 weeks earlier there was a rule change and I was now allowed to ROLL ON. So easy. I relaxed and enjoyed the ride through the night where I deboarded in Chicago at 8:30 a.m.—ready to ride HOME.
Posted by Jane Hertenstein at 4:00 AM