This week I’ve been talking about glimpses. Actually I just didn’t know what to call a collection of tidbits I’ve been meaning to write about. What are they?

I keep a notebook where I might jot down random ideas “for later.” And, that later might end up diminishing the memory or else expanding it. Often I’m like—what in the world or why did I think that was significant?

As I render words into flash, short stories, prose poems, there is also this parking lot of lose ends, that place where the snow piles up and is left to dwindle down even in April and May. That’s a glimpse, a start, that later might become a detail in something much longer—or stay exactly what it was—a passing thought.

There is a moment, and only a moment, at dusk called the magic hour, when the sky goes golden, and the air is thick with golden light, and the gnats hovering above the golden swaying grasses become glittering golden specks, and the surface of the lake absorbs the sun’s golden rays, when all around me the world is filled with gold. And suddenly my heart leaps. But, only so for a second.

And then the shadows rush in. 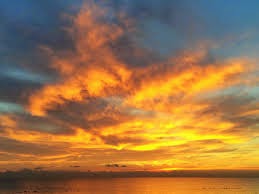 For more about flash memoir go to: Freeze Frame: how to Write Flash Memoir
Posted by Jane Hertenstein at 9:41 AM

Email ThisBlogThis!Share to TwitterShare to FacebookShare to Pinterest
Labels: Freeze Frame, How to Write Flash Memoir