After a Kwik Trip stop for egg rolls I finished the GRT (18 more miles) and picked up the LaCrosse River Trail (22 miles). I really had low energy and had to power through. I thought if the Elroy-Sparta is as boring as this it will be a long day. Got to Sparta and ate a picnic lunch at the depot. 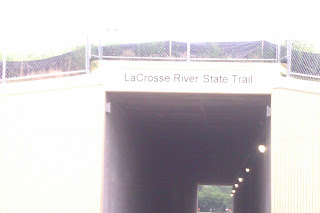 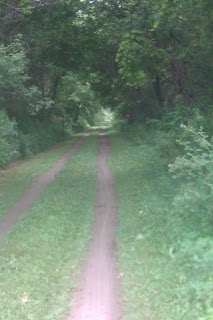 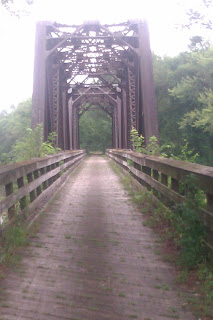 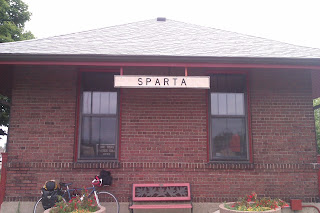 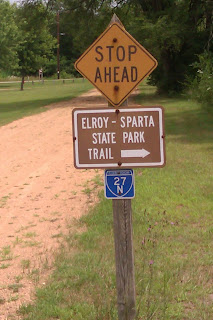 The Elroy-Sparta is 32 miles and the earliest rail-to-trail conversion having been built in 1967. Since I was a teenager I’ve dreamed of rising the Elroy-Sparta. After leaving Elroy I noticed a slight uphill. It was interesting terrain, a slow, steady climb. I was getting excited. At the top I saw a sign for ice cream. A guy was selling ice cream sandwiches out of his locker freezer. We sat and chatted and he said he’d always lived next to the tunnel. ?? He said the tunnel was nearly a mile long. I was sooo excited. 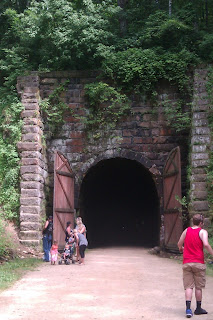 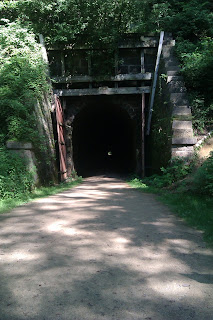 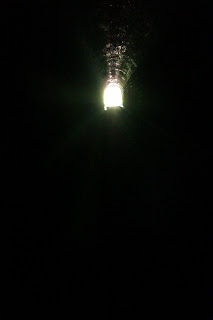 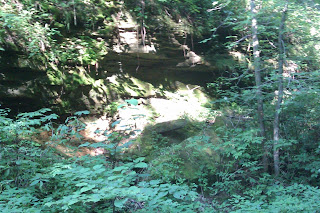 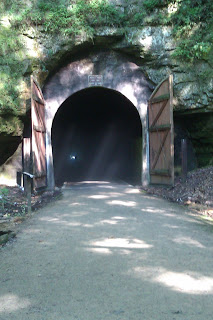 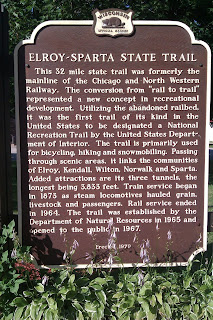 Tunnel #1 was dark with the sound of waterfalls cascading off the rock ceiling. An old steam locomotive barreled through a series of 3 tunnels starting in the late 1800s. Emerging from the tunnel there was an equally fabulous downhill. I did 4 miles in like 15 minutes. The trail was altogether shady, hard compressed dirt—a dream after the first 2 days of rising in heat. I wound my way up hill through karst topography and primordial forests.

That night stayed in self-register DNR campground right off the trail in Elroy
Posted by Jane Hertenstein at 5:00 AM

Email ThisBlogThis!Share to TwitterShare to FacebookShare to Pinterest
Labels: bicycling, Minneapolis to Chicago