My friends say I'm hardcore--and maybe I am. I survived the racoon invasion and now falling seriously sick. I don't think my host knew and I didn't talk about it this a.m. but I threw up all night long. Yet I got up, got dressed, and was in the saddle by 8 a.m.
First though I checked my tires. Both were startling soft. My host helped me get them up to speed. Wow, good thing I checked. Long rides such as mine--I think I should check them every couple of days just to be sure.

I rode through Miami. What a happening place. People blow their horn here just as much as in New York City. I actually saw the typical: guys in muscle shirts riding beach bike with big upturned tall handlebars with BOOM boxes strapped to the front.

My favorite today among several favorites was the Venetian causeway. Most of the causeways have been big modern bridges where you have to gear down and push for about eight minutes to get up. Not a lot, but you see them looming in the distance, waiting to sap your strength. This one was several low bridges that eventually got me over to Miami proper (or improper). I stopped for a quick snack at the Vizcaya Gardens.

The rest of the day was spent riding the South Dade trail to Homestead. It was great--and an easy push with the wind at my back. It was 17 miles. Not a lot of scenery, but safe. Protected from traffic. The only thing to look out for is glass around the bus stops. Also there were some root bumps.

Now I'm in the most lovely place. Truly paradise--my Warmshowers host in Homestead runs a B & B and also runs events out of a gazebo on the farm property. When I arrived a spiritual event was underway with drumming and enthusiastic singing.

Where I pitched my tent reminded me of pictures of Angkor Wat, a temple in Cambodia. There were these ancient stone walls set up like ruins with banyon roots growing out and in between. On the way to the bathroom I passed a flowering honeysuckle.

After this--the Keys where I have no where to stay and will have to make it up as I go along. 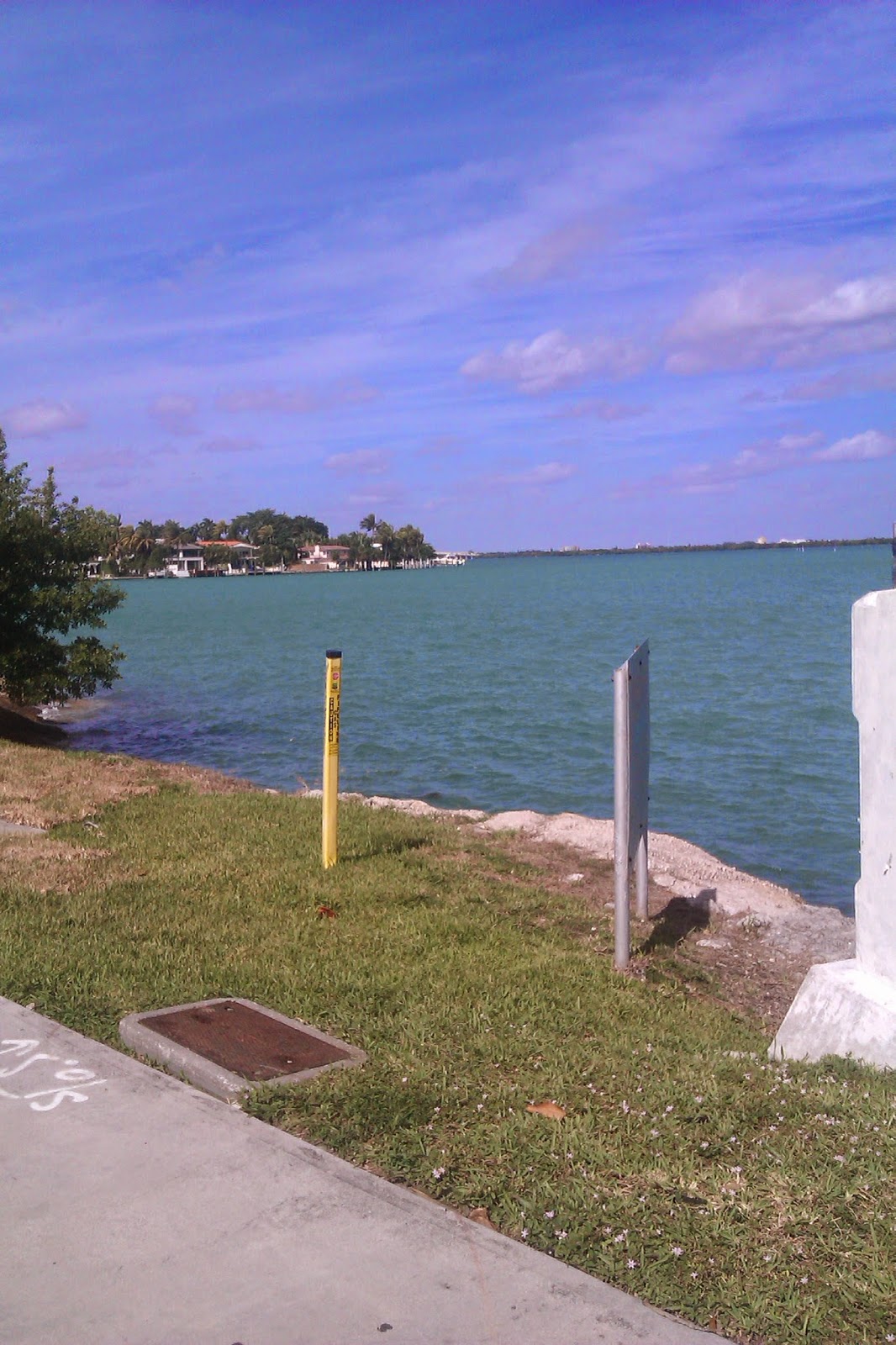 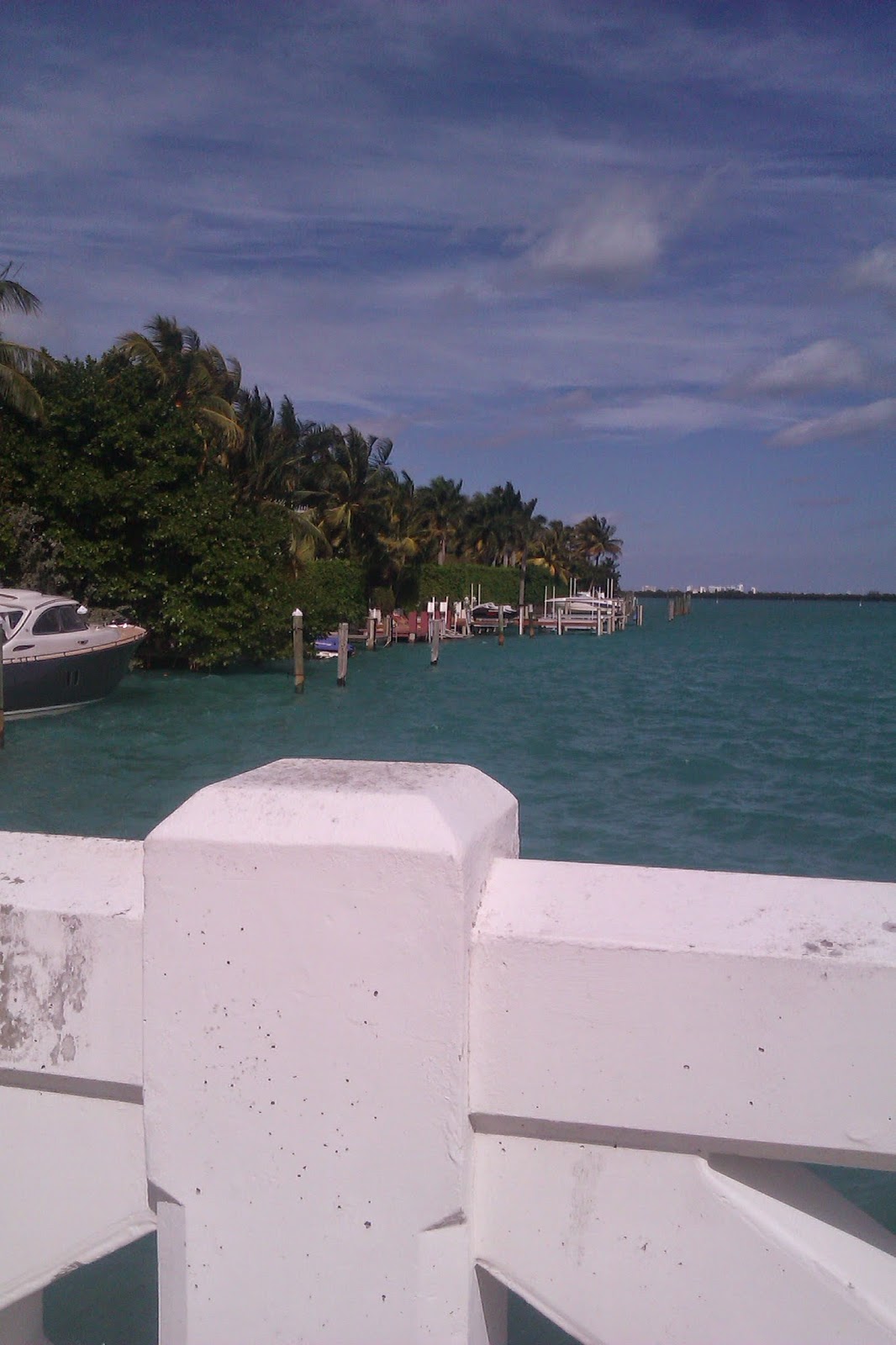 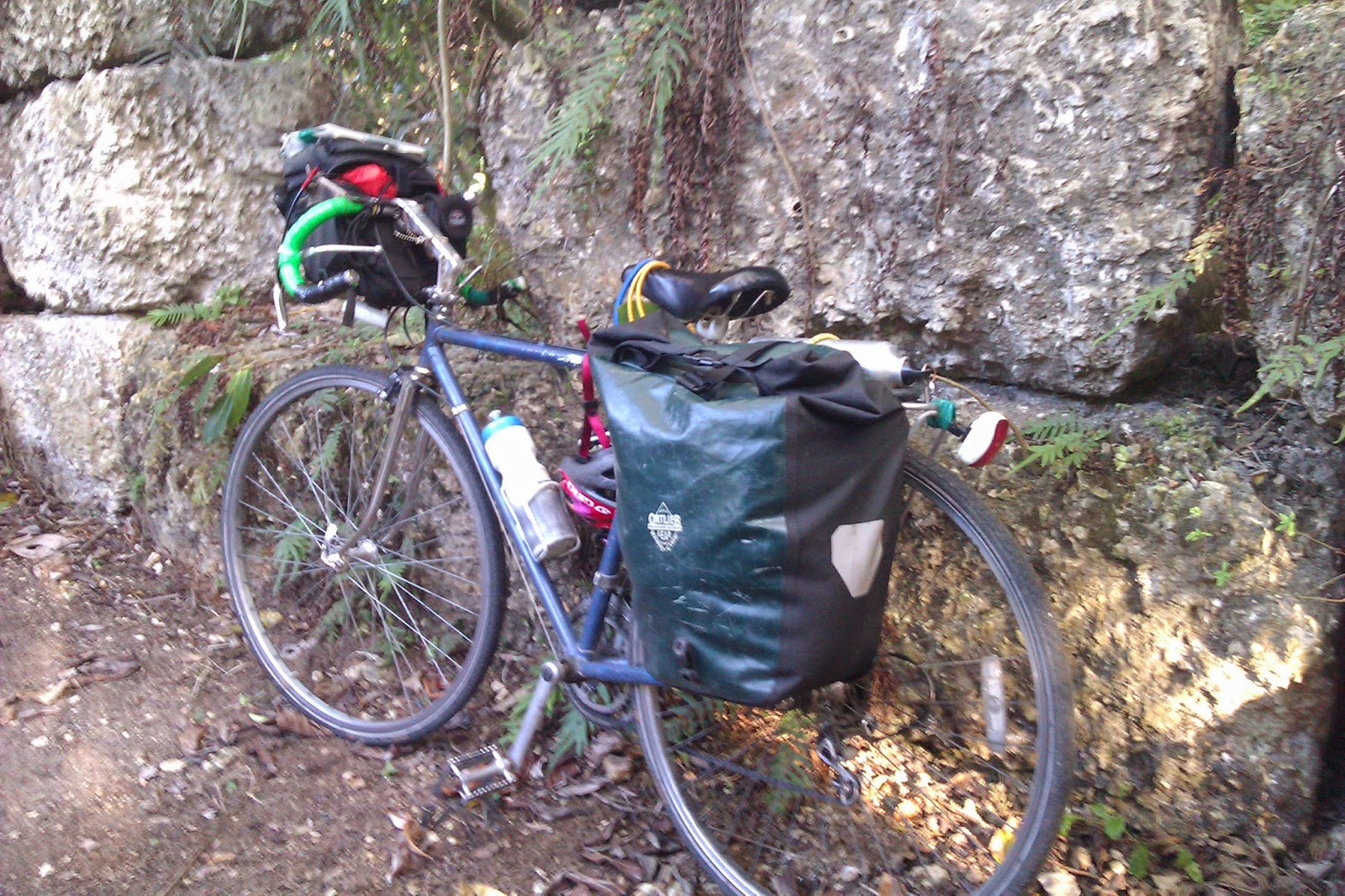 Posted by Jane Hertenstein at 8:33 AM