Between the Cross and the Arches

Does anyone remember The Cross and the Switchblade by David Wilkerson a young, zealous pastor who ventured into the inner-city to confront and evangelize New York City gangs? Pat Boone starred in the film adaptation. The book and movie were highly dramatized to heighten the tension(s). That was 50 years ago.

A couple times a week we have a shooting at the corner of Sheridan and Wilson, between Uptown Baptist Church and McDonalds. I’m always hyper aware as I approach that intersection to be on the lookout. 1) Is there a bunch of people hanging? 2) Are there any cars driving by real slow with their window down? 3) If there’s been a shooting recently at one end of the street there’s usually payback at the other end. This is a lot of to keep in mind while out doing errands.

I’ve heard different explanations of why this corner is so deadly. One is, of course, drugs. It is disputed territory. Two rival gangs claim it as theirs for vending. The other reason doesn’t explain anything—it’s just violence in general. An excess of guns and desperation.

A short, incomplete history
August 19, 2013 five men between the ages at 21 and 58 shot
September 27, 2015 8 a 33-year-old man and 24-year-old woman were shot in Uptown, in McDonald’s parking lot
April 12, 2016 a 30-year-old man was shot in his leg after a man got out of a silver car and opened fire, police said.
May 16, 2016 a 28-year-old man was critically wounded in the 900 block of West Wilson Avenue after a man reportedly fired nine shots.
AUGUST 3, 2016 57-year-old woman slain has been identified as Penny Gearhart, a grandmother, her 58 year-old friend wounded
August 27, 2016 A 55-year-old man was shot dead on Uptown's bustling Wilson Avenue, the second unintended victim of daytime ... A source identified the victim as Robert Kraft. 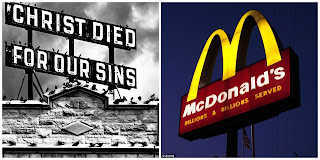