There is so much to frustrate us these days. So much anger out there. Sometimes I think it is propelling us forward—toward an abyss.

When I was out cycling this fall doing the Greater Alleghany Passage and the C & O Towpath (Pittsburgh to Washington DC) I was pretty much camping by myself every night except for one. At a hiker/biker pull off approx 45 miles from DC Larry was also unloading and setting up. This was a great spot by the Potomac—except for the active rail line next to our campsite. All night long it felt like a commuter train was running through my dreams.

Larry was on a vision quest. Needing more clarity in his life, he left a great job and family to clear his head. He might also have been tottering on the edge of a divorce and breakdown. For him he needed a clean break, and cycling across America was hopefully the answer.

I totally get this. When on my bike and bike trips there is absolutely no parallel to my “normal” life. So much so that my thought processes shifts. Suddenly I have space to think. Issues and relationships become simplified. My focus is riding, getting in the miles, eating, and then ending up somewhere where I can set up my tent and sleep. This narrowing of life is actually a relief.

One thing Larry mentioned was that he also had to get away from the Internet. He explained further: social media had brought out the worst in him.

I get this too. How can we find a way to ignore or disregard 9/10s of what we read or see daily? The news is depressing enough, but the comments—GEEZ, people can be so cruel. I saw the other day in my Facebook feed an article in the Tribune that Mayor Rahm Emmanuel is going to announce changes along the lakefront bike path. A split between bikers and pedestrians, which sounds so much safer than what we have now with mixed use.

Lately I haven’t been a big fan of the mayor and his suppression of the Laquan McDonald video, but I can get behind a transportation model that moves the city forward. Why does one have to preclude the other? The comments at the website were vitriol—not viral—plain hateful.

Can’t we find a way to disagree, to carry our own beliefs and also treat others like human beings? I’m wondering.

Larry is probably still out there on his bike, hopefully making his way toward some degree of peace. A resting place. Godspeed to you. 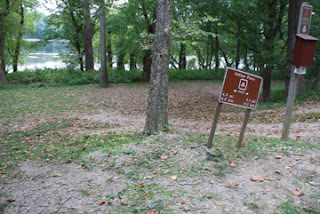 P.S. Haha, got comments on this particular post--that I had to delete. Really?
Posted by Jane Hertenstein at 4:00 AM