I Want To Show You More 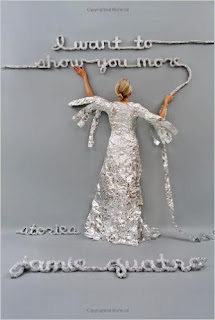 Lately I’ve seen these 3 titles grouped together. Possibly because they released around the same time, but I think for another reason. The main characters, females, are sexually bold. Perhaps coming on the heels of 50 Shades of Grey, reviewers have clumped these titles.

Okay, so we already know that women can have sex and that many actually do. We also have heard rumors that they like it. So none of this should be a surprise. But, the fact that these books released around the same time perhaps made it seem like a phenomena. The main characters do not shy away from sex—yet there is, lingering around the fuzzy edges, fear.

Definitely Essbaum’s Anna (often compared to Emma in Madame Bovary) begins to come unhinged. She has a husband, she has a lover, and she has flings, quickies in the backyard. Etc. Yet she is unhappy, unsatisfied. A focal point is a bench on a hill that she wanders up to in order to take in the view. Some reviewers have questioned if Anna didn’t have anything better to do. Obviously she was depressed.
Then there is frustrating Mathilde who pays for college by signing a contract of sorts to service a middle-aged man—until the day she graduates and runs away with Lotto(a playwright modeled somewhat after August Wilson), her husband for life in Fates and Furies by Lauren Groff. This book was highly acclaimed and a National Book Award winner. Yet . . . Mathilde is unhappy also. Sure, she has had to work through grief (You won’t believe how! Maybe you will! Yup!)—it’s as though men are the ultimate answer to that man-size hole inside of her.

I don’t mean to be mean or rough on these authors. In fact Jill and I are friends for life. It is the character I have a beef with. And, possibly that annoying clumping effect where if a female character has sex then she must be a Gone Girl, surely a troubled person. Flawed. Ultimately a tragic character.

But publishers are discovering that eroticism sells—it just has to be literary. Otherwise it is genre fiction and ask any romance writer: that shit sells! Jamie Quatro, I Want to Show You More seems to vacillate, not quite sure. The main character in a collection of linked short stories struggles with her hungers. She has a great husband and three or four kids. They are a family. What more could she want? Yet she does. She can’t help herself. She wants to show him more, her secret lover, the one she met online. There are mysteries about herself that no one knows. At the basis of these stories is restraint, a conflicted moral center that argues with itself. Why can’t I stop? the character asks over and over. I need to stop, I need.

All of these characters are complex, layered, their motivations obscured, their hopes unrealistic—there I just clumped them together.
Posted by Jane Hertenstein at 4:00 AM