I live in the Midwest, in Chicago where this year we have been experiencing a drought. Not sure, but it seems like we haven’t had significant rain since the beginning of May. After the record-setting heat wave last week the grass in the park is like straw. The trees look like October, turning brown and losing their leaves. The peach farmer I work for at the Green City Market (link) is beside herself. There is real fear about losing the crop entirely. This fear is compounded by the fact that they are already down in their harvest by over 40% because of the early warm spring and then late frosts. 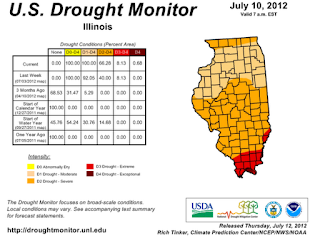 Lately I’ve also been in a drought. Burned out.

Maybe it was the two-week artist residency where I pushed out a revision on a 45,000-word YA novel. The intricacy of re-visioning, going over and over again the same material, sometimes rearranging, sharpening scenes, writing new material, and, at the same time, asking myself questions, pretending I was a reader approaching the book fresh. My brain was operating at 3 or 4 levels, both the left and right, the creative AND the analytical. On top of that I probed the various programs available on my new laptop and discovered I LOVE playing Solitaire. I’ve become a Solitaire fiend.

The drought has reached down into my soul. I have been in desperate need of refreshment. I’ve wondered if delayed grief over my parent’s passing plus the probate of their will has added to this impression of drought. Leaving me feeling dry, parts of me cracked, thirsty. 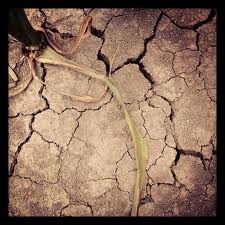 Today standing over a hot grill cooking breakfast for 300 people I thought about mercy. How mercy comes to us like longed-for rain, showering us.

The festival was amazing, but has left me melancholy and nostalgic. After 29 years it was our last, having grown economically unsustainable over the past 5 years. I mourn this passing also.

So I was thinking where could I go to be nourished? To run through water sprinklers, drink ice cold lemonade, bite into a peach, the juice dribbling down my chin. That’s what mercy feels like. A place of refuge, an oasis.

About an hour ago the rains came, filling in the serrated soil. It might not be enough. We’ll need more. But for now it is sinking in, revitalizing the roots. I’ll make it another day.
Posted by Jane Hertenstein at 1:50 PM