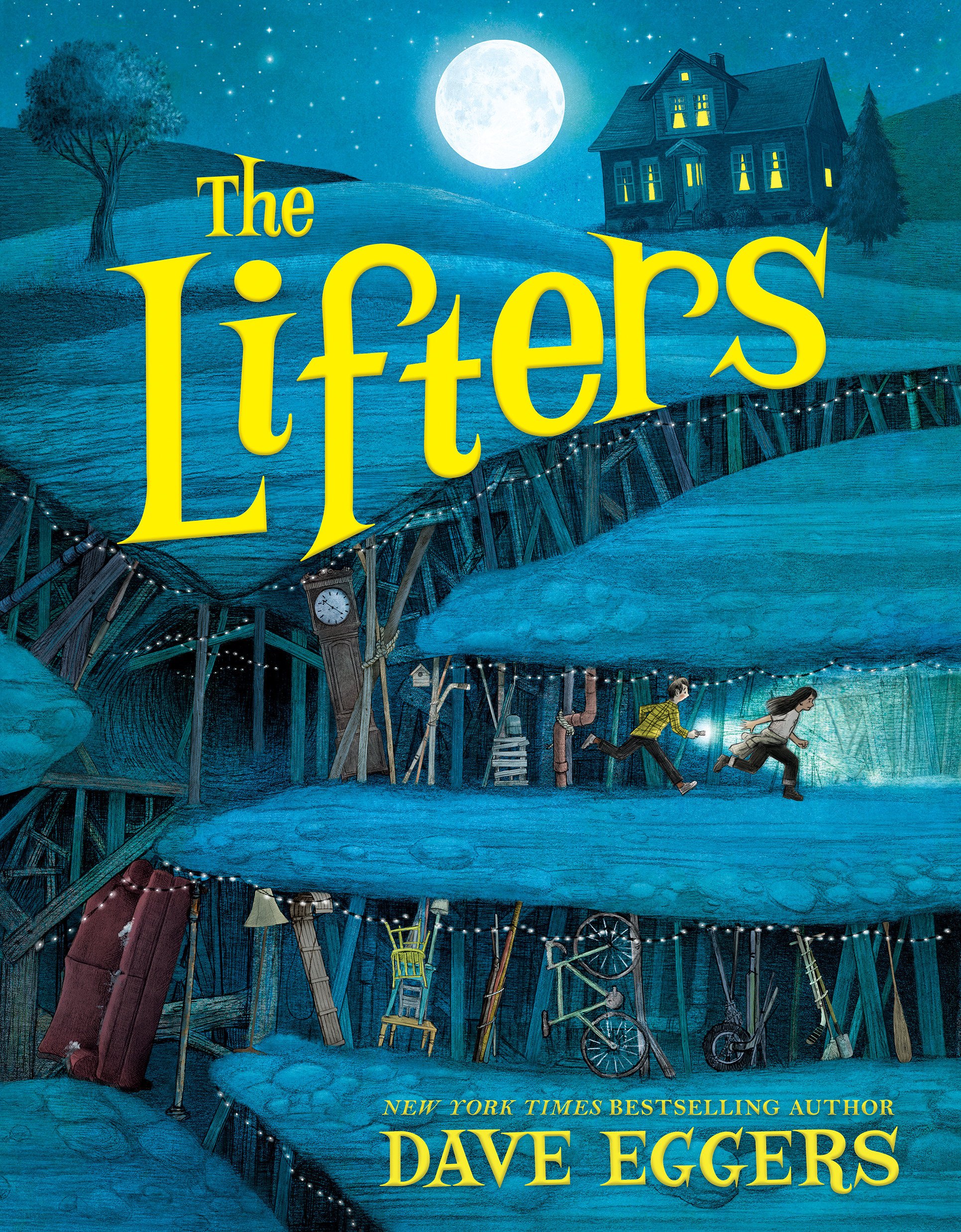 Is magic enough to fix the morass of Middle America? Are Earth balls enough to stop the collapse of a small town? How can two middle schoolers stop the madness of grownups tearing their community apart?

These are questions divergently addressed in The Lifters by Dave Eggers. A young Gran moves to Carousel, which despite its “fun” name, is a place of desperation, depression, and insurmountable sadness. Carousel is in the midst of an economic downturn as is Gran’s family. Both had seen better times. Thus, the town is suspicious of new comers—hear any political echoes here?

Gran and his newfound friend Catalina attempt to prop up the town. This means taking risks, free-falling down deep, dark holes.

There are parts of the book where I seriously had to ask myself—why are these kids working so hard and there isn’t a lot of chemistry between the protagonists. Do they even like each other? But it’s cool to think teenagers are holding up the world, that when things fall apart—turn to a Lifter.

The problem of one small town, who has lost its manufacturing base and has literally collapsed (City Hall has fallen into a sink hole), is addressed as a global fight. The kids try to inject a maker spirit, as well as joy and peace into a chaotic town torn apart by fears and something called The Hollows (still not sure what it is, a big wind?). The town’s population has forgotten who they were, and the teens have to work to excavate the town’s identity/history.

Overall, the book is about hope in hard times, how to rebuild unity and resilience. Something I think we can all identify with.