What Would Happen, part 2

In a blog post titled What Would Happen I told the story of a man in my building who took a huge risk: He reached out to a refuge.

Now this refugee could have sucked the life out of my friend. I mean, how many times do you get spam emails asking for money to be sent to the bank account of a Nigerian prince. It happens so often we have jokes about Nigerian princes. How many times have our friend's accounts been hacked and we receive a desperate email saying they were robbed in Paris and need just enough money to get home and please send to  . . .

We're all jaded enough that our immediate response is disbelief. Why in the world would we be so foolish to actually help someone. Overseas. In a refugee camp. Poor. Basically unable to ever pay us back.

That's why when my friend Ted decided to write the young man back and begin a dialogue with him that the world seemed to stop on its hinges. The young man was a refugee from the wars in Sudan. A lost boy stuck in a camp in Kenya, and he needed X amount of dollars in order to go to school. $50 a month. Which is a lot when you are deciding to take a risk on someone you've never met.


Lual Pach Pach finished school with Ted's help, then he finished college with Ted's help, and now he works in banking/finance in the new country of South Sudan, and he offered Ted a ticket to come to Kenya for a few weeks. So Ted got on a plane and flew to Nairobi, Kenya.

At the Jomo Kenyatta International Airport he was greeted like a Prince from a most grateful extended family that has seen no end to goodness because of one man's suspension of disbelief. Because Ted took a risk. 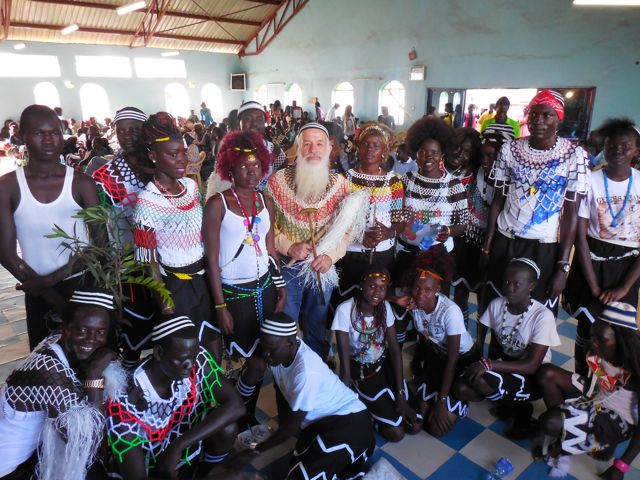 Now is the time for all of us to open our heart, not close them, to refugees seeking the basics of human dignity. Merry Christmas!
Posted by Jane Hertenstein at 4:00 AM

Fantastic story... Maybe we need to see the good things in thats stories and try to do more actions like this.