Another Thanksgiving excerpt from my YA novel, Beyond Paradise 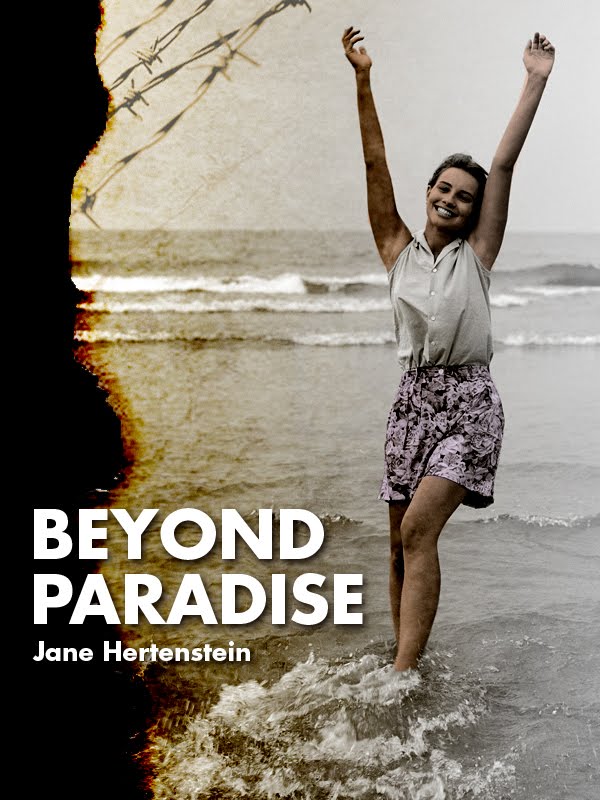 On the eve of WWII Louise Keller and her family moved to the Philippine Islands. When the war broke out her father was away picking up the missionary school teacher in Manila and ended up separated from his family. Louise and her mother are eventually rounded up by the Japanese and placed into Allied internment camps for civilians. They are in one such camp—at a former university St. Tomas in Manila where this excerpt takes place. Louise has not seen her father for two years —since the war started—and has no idea where he is. Peter a young man the family met on the boat coming over is also interned at St. Tomas and is in possession of an illegal radio.

I’ve heard it said that when a cup is mended it is actually strongest where the glue holds it together. Mother was like that—strong, but still fragile in places. We learned to lean on each other.
Peter brought us news of victories in the Solomon Islands. Little by little, island-hopping, the Allies were coming to get us.
Peter and I were often together, either talking at night on the stairs or coincidentally sitting next to each other at the Theater Under the Stars—the internees’ name for the camp theatricals. My favorite was “Take It or Leave It,” a quiz show we received prizes such as coconut honey, toothpaste, or similar luxuries for answering bogus questions. At first individuals participated, but later on groups battled it out—for instance, the Hospital Staff vs. the Sanitation and Health Committee or the Canteen vs. the Censors.
One evening Peter stopped beneath a lamp in the plaza and lit a cigarette. The thin smoke disappeared into the yellow light. “Italy has surrendered. That’s one down and two to go.”
“Gee, that’s great. Soon the Allies will be here.” The stars in the dark, tropical sky stood out like glittering crystals.
“Afraid not. At least not this year.” Already it was November, almost Thanksgiving. Nearly another year of war, and still no surrender in sight.
“I hope you aren’t taking too many chances. What if you get caught?”
He leaned back against the wall, letting out a long breath of air and blue smoke. “I’m not afraid of dying. I’d rather die young than whittle away like my father. He lives in a dreamworld, reminiscing about how great the war was, all the while hacking poison out of his lungs and humping around on a fake leg.”
“Still, it takes courage to run the risks you do. Why?”
“I take the risks for myself. I’m lazy, really. I don’t want to fight, but I don’t mind driving the Japs crazy looking for the bloody wireless.” He smiled his crooked half smile.
I thought about it and then went ahead and said it: “You are a true coward. You can’t even admit you do care about others.”

...For the rest of the story CLICK here
Posted by Jane Hertenstein at 11:53 AM