I see it in blogs such as Lost City, Ghost Signs, and Uptown History.

As soon as something’s gone we begin to miss it the most. Read here the Richard Nickel’s story of how he lived and died to save some of Chicago’s most fabulous landmarks.

Recently I helped curate Portraits of Uptown: Photos by Bob Rehak. Between 1973 and 1977 Rehak a young copy editor at Leo Burnett ad agency downtown took photos in Uptown, preserving in film and now digitally what the neighborhood used to be. His collection of over 5,000 images is a virtually treasure trove. We had our opening reception Friday at Everybody’s Coffee and the place was packed out.

I talked with several people who lived here during that time period and they all said what a great place Uptown was!

Yet . . . you look at the photos and it looks like a dump, a dive, a ruined city. Trash swirling at the windy corners, paint peeling off doors, dirty-faced kids running in packs. Looking at the photos—I’d never seen so many amputees, people on crutches, faces bruised and battered. And gang kids, there was photo after photo of teens of all races and backgrounds proudly showing off their gear: heavily embossed and embroidered sweaters sporting their logo, Latin King pins, flags, rings. As if they were a fraternity or sorority. Then there were the gang hand signs, the tattoos, the graffiti, tagged park benches. It was everywhere!

Some of the photos make the viewer uncomfortable. The sad stories, the mess, the people waiting in line for a drink, a job, a Salvation Army handout.

How could any place so wrecked be that great?

I talked to sisters, subjects of Bob’s Popsicle Girls and they shared, “We grew up in the 4640 N Sheridan building with working-class parents. Our mother got up and went to work everyday, even if the wages may not have been fair. We really did not want for much growing up. We were very happy kids, teenagers, and so on.” 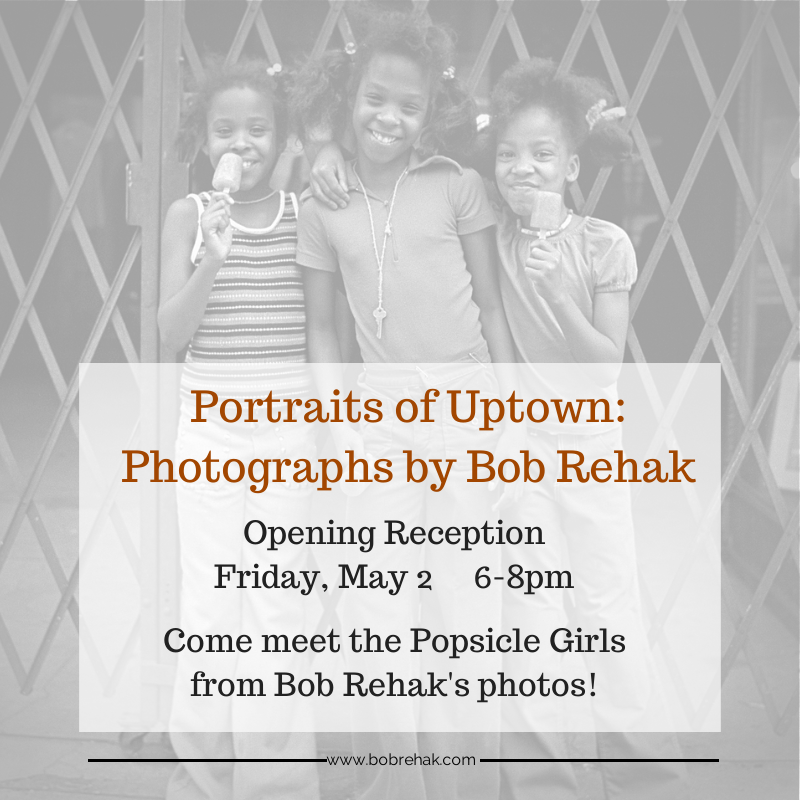 Indeed, many of the faces in the photos are smiling. The children genuinely happy. So many kids—I hardly see kids anymore out on the streets, playing. It really was another age.

Uptown was chaotic, out of control, a wreck, but so alive. That’s what I miss. That sense that anything can/could happen.

Even though the streets are safer/cleaner these days, there is a battle/rivalry taking place where factions of the neighborhood seem to want to shut each other out/down. Things are not as simple as they used to be. At times I long for dive, for what used to be.
Posted by Jane Hertenstein at 1:06 PM